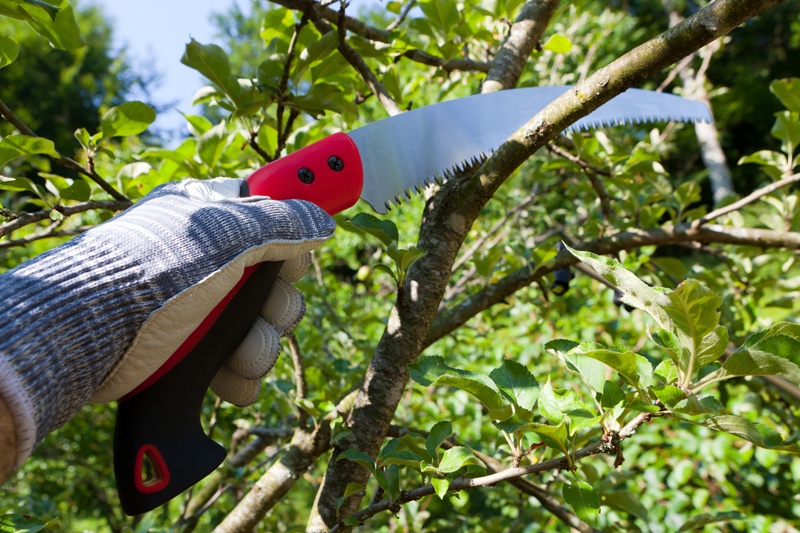 If you own an apple and/or pear tree, January is the best time to do the main formative pruning for both types of fruit, but only if there’s a really good reason to do so. Pruning just for the sake of it can cause problems later on as the trees can react by producing lots of young shoots that can take three or four years to start fruiting.

Always try to aim to remove a few large branches rather than lots of thin branches. Your tool of choice should be a saw rather than secateurs. Start by removing the four d’s. That’s branches that are dead, dying, diseased or damaged. Then remove branches that are too low, such as those that hit you in the face if you’re mowing and then finally remove any branches that are rubbing each other or crossing from one side of the tree to the other. The aim is to always try and maintain a goblet shaped tree with an open centre. Usually there’s no need to cover the pruning cuts with a sealant, providing you use sharp tools that produce a good clean cut. Only use one when there’s a lot of disease present in the tree and the pruning cuts could spread the disease. Finally to ensure the tree recovers from the shock of pruning and produces plenty of fruit, we would give a really good feed of granular fertiliser in the spring.

Both our centres are well stocked with the tools for the job and our plant team will be pleased to offer some additional advice.