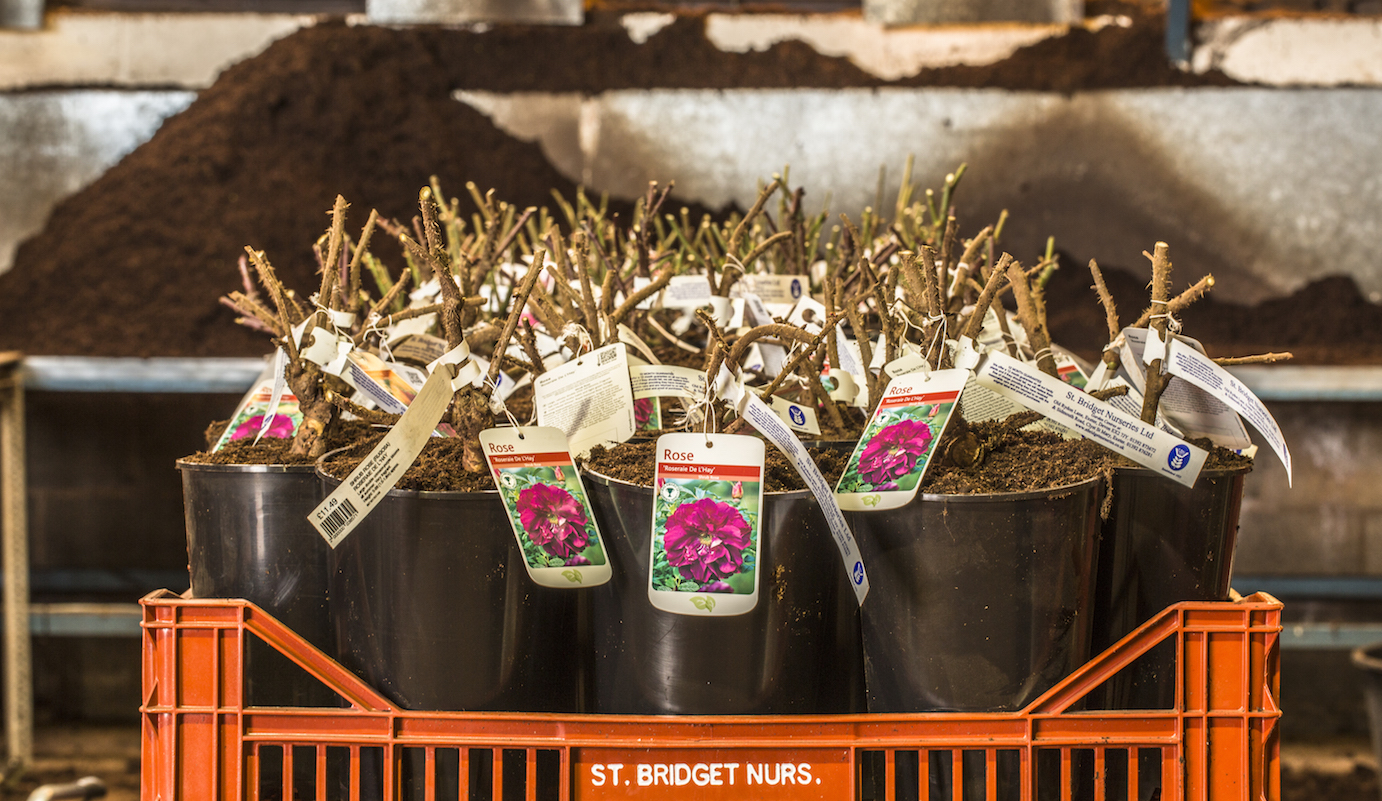 It is exactly 75 years since MGM released Mrs Miniver, a tale of stiff upper lips accompanied by the wail of air raid sirens. The film’s most famous moment is when Greer Garson (in the title role) disarms a German airman she finds hiding in her garden and slaps him in the face. In another scene – echoed in the first series of Downton Abbey – the local stationmaster wins a prize at the annual flower show, for a rose named after the village heroine.

Mrs Miniver was a hit on both sides of the Atlantic, and took six Academy Awards in 1943. That same year, American rose grower Jackson & Perkins jumped on the bandwagon with the introduction of a hybrid tea rose called ‘Mrs Miniver’. The plant had been bred in south-eastern France by César Chambard. Flowers were scarlet with darker reverse, large and strongly fragrant. They appeared in flushes through the season, opening from long, slender buds.

After being dazzled by seeing A Star Is Born for the first time, Orlando learnt there was a rose named after Judy Garland, and set his heart on growing it. Although the plant was bred in the UK by Harkness Roses, it is now only available in the United States. Four summers later, two plants are now in bloom on his front balcony, their prodigious red-and-gold bicolour blossoms the talk of the street. But Orlando could not find the Mrs Miniver rose.

Orlando writes: It did not appear in any catalogue – it had been dropped by Jackson and Perkins decades ago, and the French breeders were long defunct. Perhaps an English cottage gardener in a rural backwater had kept a specimen pruned and tended? I set myself the challenge of tracking her down. In early 2014 I enlisted the help of Becky Hook of La Roseraie du Désert, a nursery in south-west France specialising in old roses, who is regarded by many as the Sherlock Holmes of the rose world. (She it was who guided me through the cumbersome process of importing ‘Judy Garland’.)

“Becky finally traced the plant to a collection in what used to be East Germany.  Although the Europa-Rosarium at Sangerhausen holds an astonishing 8,300 varieties, sadly ‘Mrs Miniver’ was no longer among them. I spoke to the rosarium’s director, Thomas Hawel, who located one last surviving plant in a private garden in another part of Germany.”

Another amateur rose grower in Germany succesfully propagated a couple of rose plants to send to Orlando and these have been growing in pots on his roof top garden.

St Bridget Nurseries to the Rescue

At St Bridget Nurseries, we will from time to time propagate plants for our customers if we have the resources. We have propagated many trees and roses over the years in such away. Most recently we propagated a rose for a lady. Her late grandfather had been a rose breeder and had bred a blue rose that was never named and only existed in the family home. She realised if that rose died her grandfather’s work would be lost and so we have produced several her to give to each of the surviving relatives.

Mr Murrin first contacted us to propagate a batch of ‘Judy Garland’ roses some two years ago now. We talked Mr Murrin through the process which is as follows:

What’s next for Judy Garland and Mrs Miniver?

This autumn we will be able to provide Mr Murrin with his Judy Garland roses and if we have a few spare we will be able to sell them on a first come first served basis with his permission. The aim is to take more budwood this year and keep a ready supply if they prove popular.

A few weeks ago, Mr Murrin provided us with the Mrs Miniver budwood. Fingers crossed the buds take and providing they do, they will be ready for fans in Autumn 2018.

To join the waiting list for either of these roses, please email office@stbridgetnurseries.co.uk with your details.

Want to find out more?